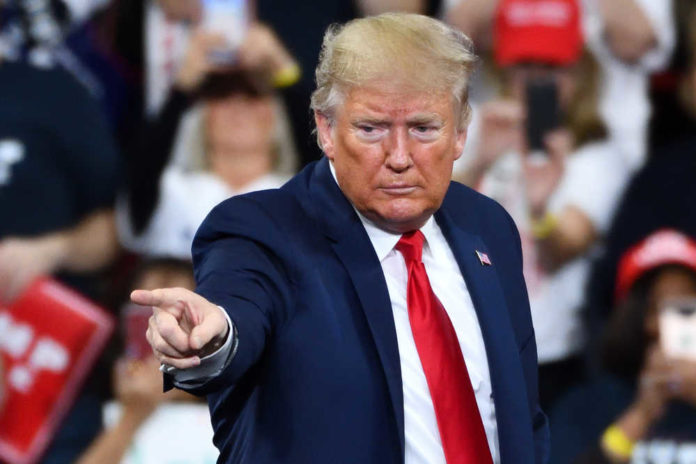 (PatrioticPost.com)- According to CNN, the January 6 select committee has discovered an unusual gap in former President Trump’s official White House phone log spanning multiple hours from Trump’s return to the White House after speaking at the “Stop the Steal” rally to the time he spoke via video to the nation.

The committee has been trying to track down whom the former President spoke to and when, but it is providing difficult given Trump’s unorthodox phone habits during his time in the White House.

Multiple former administration sources who spoke with CNN said Trump often used other people’s phones to communicate with people, including members of his family. He also possessed multiple phones which he rotated in and out of use.

A former staffer told CNN that Trump had an aversion to people listening to his phone calls, something that is difficult for a president to avoid when making calls from a White House landline. To avoid it, the former president frequently borrowed a cell phone from an aide or even a member of the Secret Service to place a call.

According to this staffer, after the Stormy Daniels scandal erupted in 2018, Trump, who was golfing at the time, was trying to reach Melania from his phone, but she wouldn’t pick up. So he asked to place the call from a Secret Service agent’s phone, which Melania answered.

The source told CNN that the agent wasn’t happy that his phone was used this way.

Trump also frequently made calls from former White House deputy chief of staff Dan Scavino’s phone. Scavino’s office was in the outer Oval office and according to CNN, one source routinely witnessed Scavino handing Trump his phone to take calls.

Select committee investigators haven’t drawn any conclusions as to why there is such a large gap in White House phone records on January 6. It could be as simple as Trump chose not to make or receive any calls. Investigators believe the National Archives may find phone records of other White House staffers that could explain the gap.